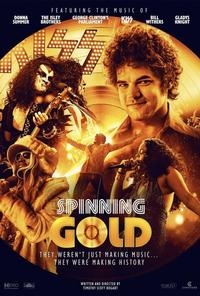 What do Donna Summer, Parliament, Gladys Knight, The Isley Brothers, The Village People, and Bill Withers all have in common with the rock band KISS? They all rose to their musical heights under the watchful ear of the music industry's most colorful and brilliant music producer, Neil Bogart, founder of Casablanca Records, the most successful independent record company of all time. Along with a rag-tag team of young music lovers, Casablanca Records would rewrite history and change the music industry forever. Their mix of creative insanity, a total belief in each other and the music they were creating, shaped our culture and ultimately defined a generation. In a story so unbelievable that it can only be true, comes the motion picture event of the musical journey of Neil Bogart and how his Casablanca Records created the greatest soundtrack of our lives.